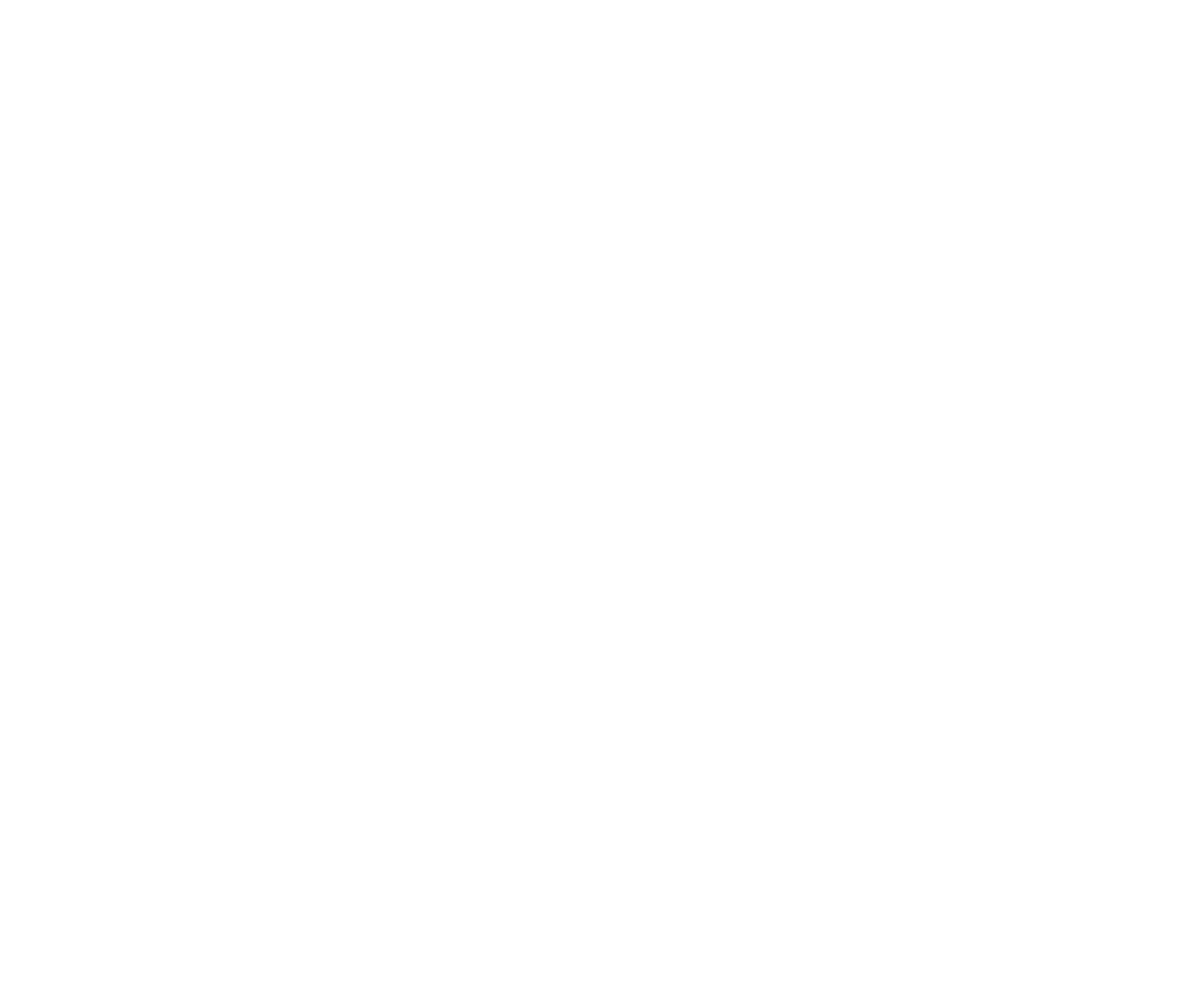 JOIN US ON OUR NEXT TRIPS 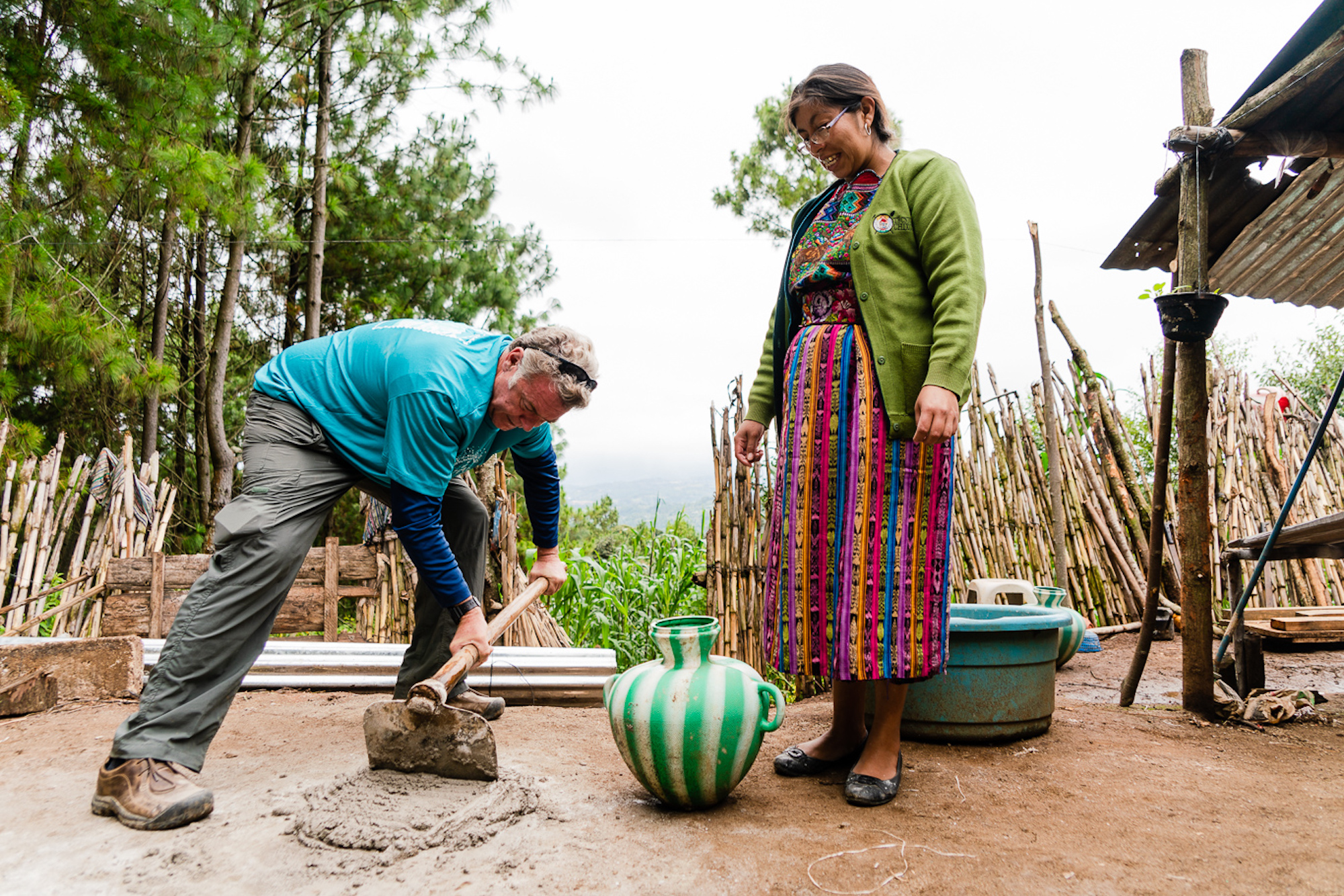 Join Viv for a life-changing One At A Time initiative. Not only will you be making life better for the people we serve, you will challenge yourself to get out of your comfort zone and grow as an individual. Each voluntourism trip promises to be an adventure of a lifetime—one that will create lasting memories, bonds and stories that only happen with a group of like-minded people working hard and playing hard together.

Our trips are a wonderful mix of serving communities around the world who need our help and experiencing the culture and exploring the sites of the country we’re in. These experiences are all-inclusive, but do not include airfare. We will cover all in-country transportation, accommodations and meals

Accommodations are basic during the first part of our journey, but we make it a priority to give you a rewarding and relaxing second half of the trip with beautiful views, incredible meals and luxury accommodations. During this time, you’ll have time to relax, explore, shop and reflect during this unforgettable group excursion.

Cost: $3,400 (Viv Pro Consultants are eligible to redeem Viv Rewards towards this trip)

Cost: $2,700 (Viv Pro Consultants are eligible to redeem Viv Rewards towards this trip)

Every trip is a little bit different, but a typical itinerary looks like this:

Day 1: Arrive and get near the service project. Get acclimated to the local culture and orientation.

Days 2-4: Serve in the local community, working hand in hand with the local villagers and with our project partner to make a meaningful change, one family at a time.

Days 5-7: Rest, relax, recharge and experience a beautiful country. Reflect on what you accomplished and reward yourself with some adventure or relaxation.

Making Life Better One Community, One Family, One Project At A Time

Previous One At A Time Trips 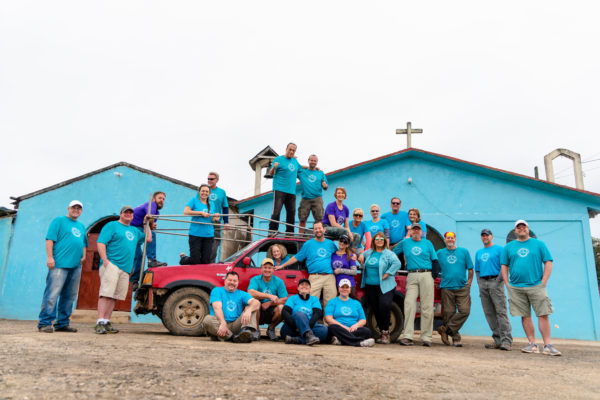 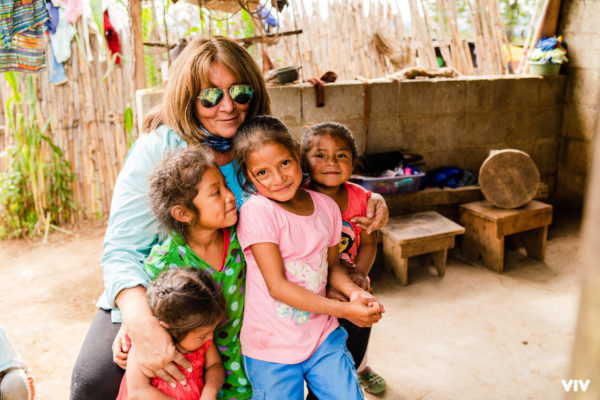 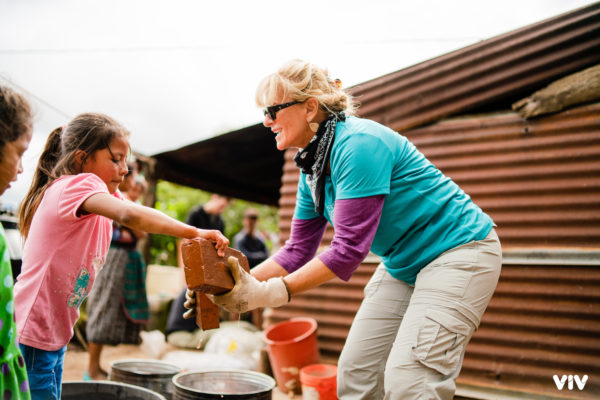 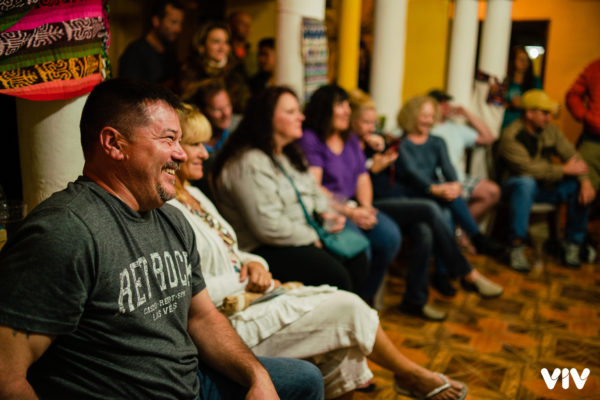 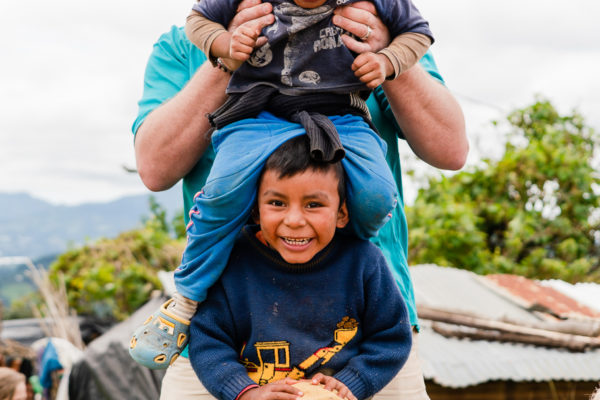 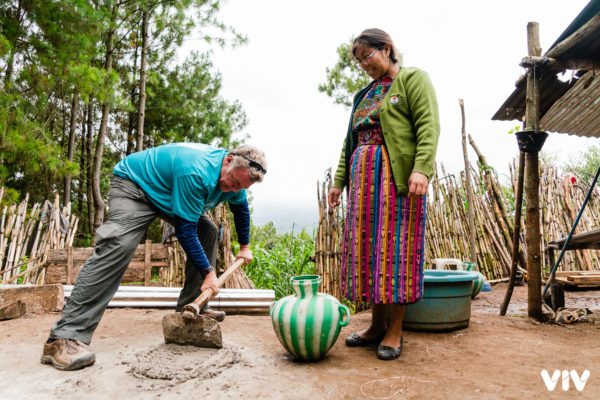 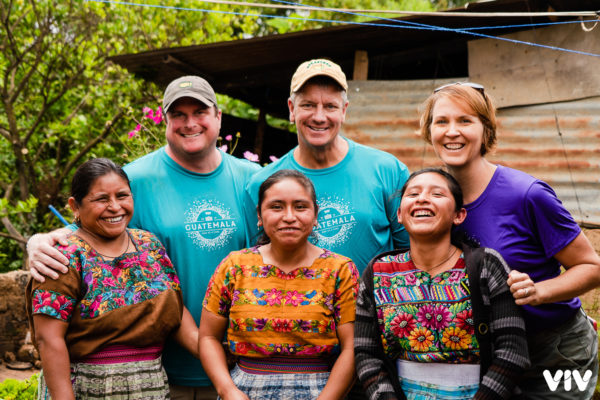 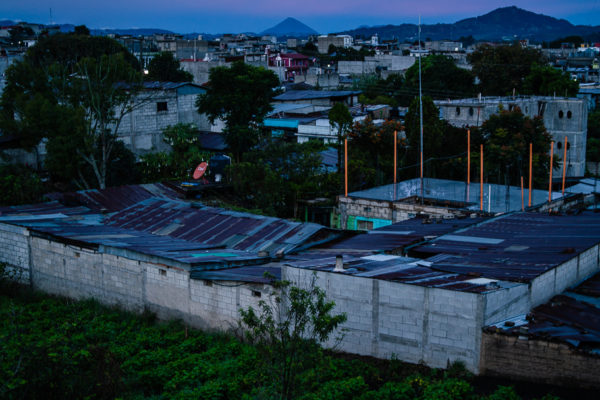 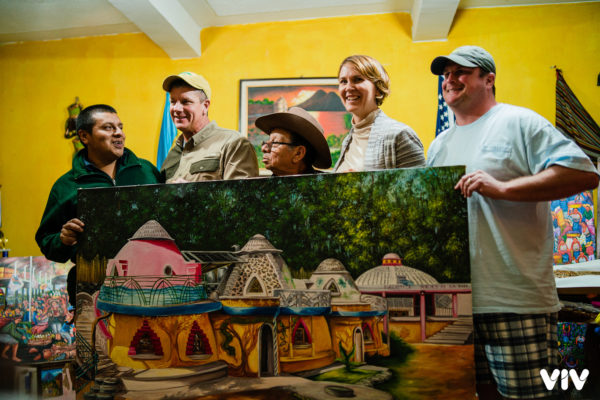 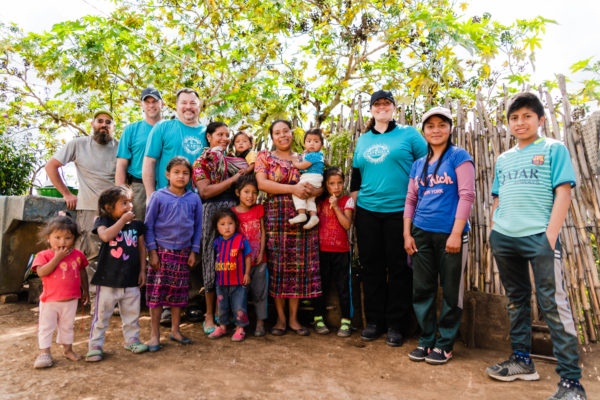 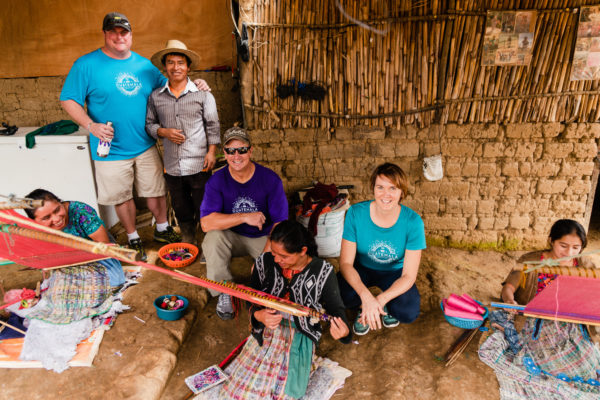 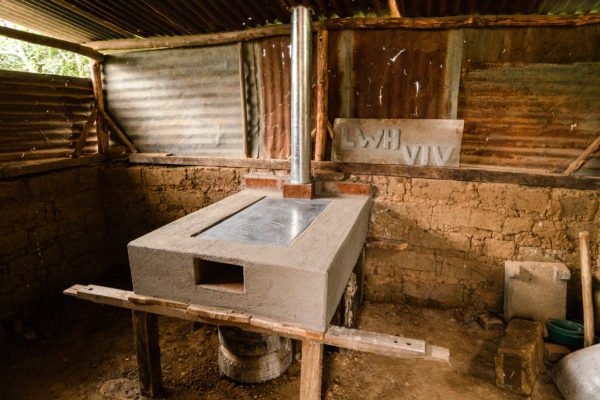 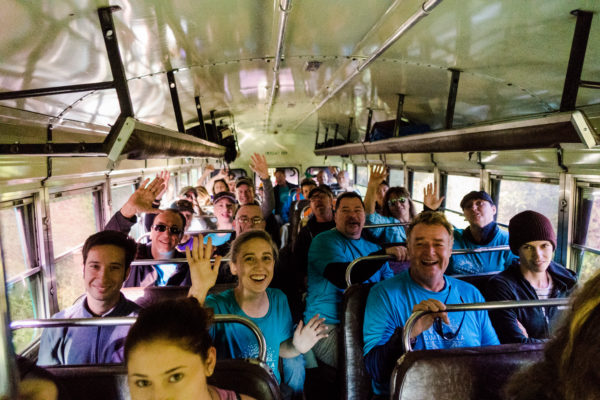 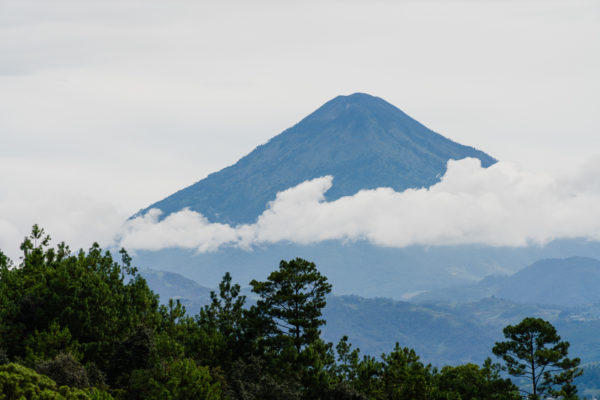 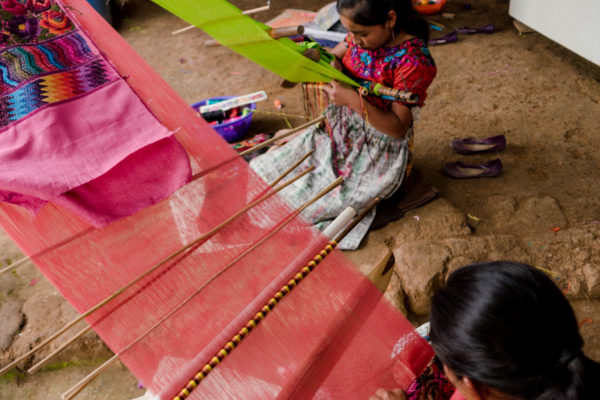 Our CEO has issued a challenge to empower 5,000 people to experience the world through travel. Be one of the first to change the world while also changing yourself. 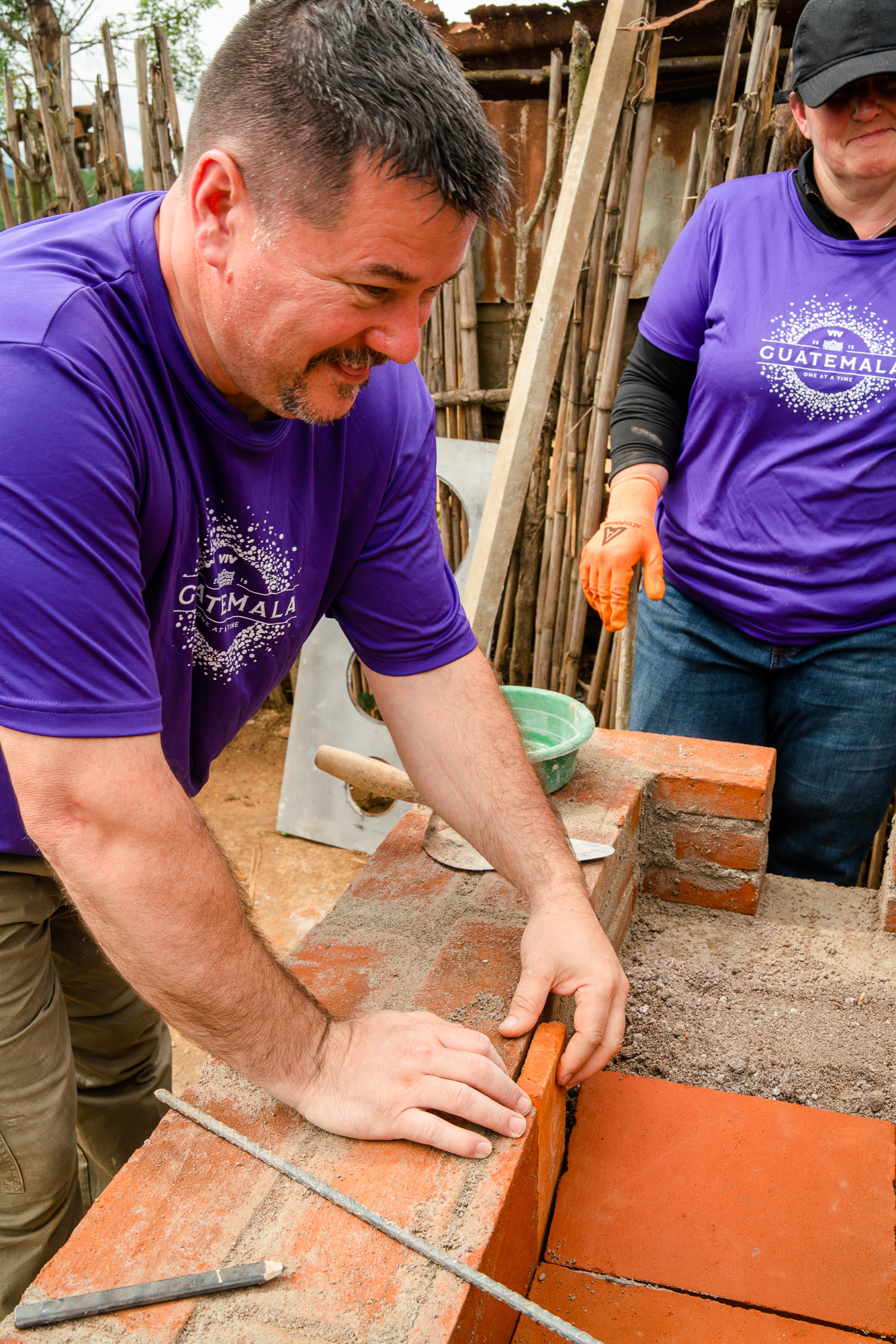 This trip has absolutely cemented my belief in Viv and the leadership of this company. To quote Matteo Paneitz, Founder of Long Way Home, “A lot of companies do social good, NO ONE does it first....until now." 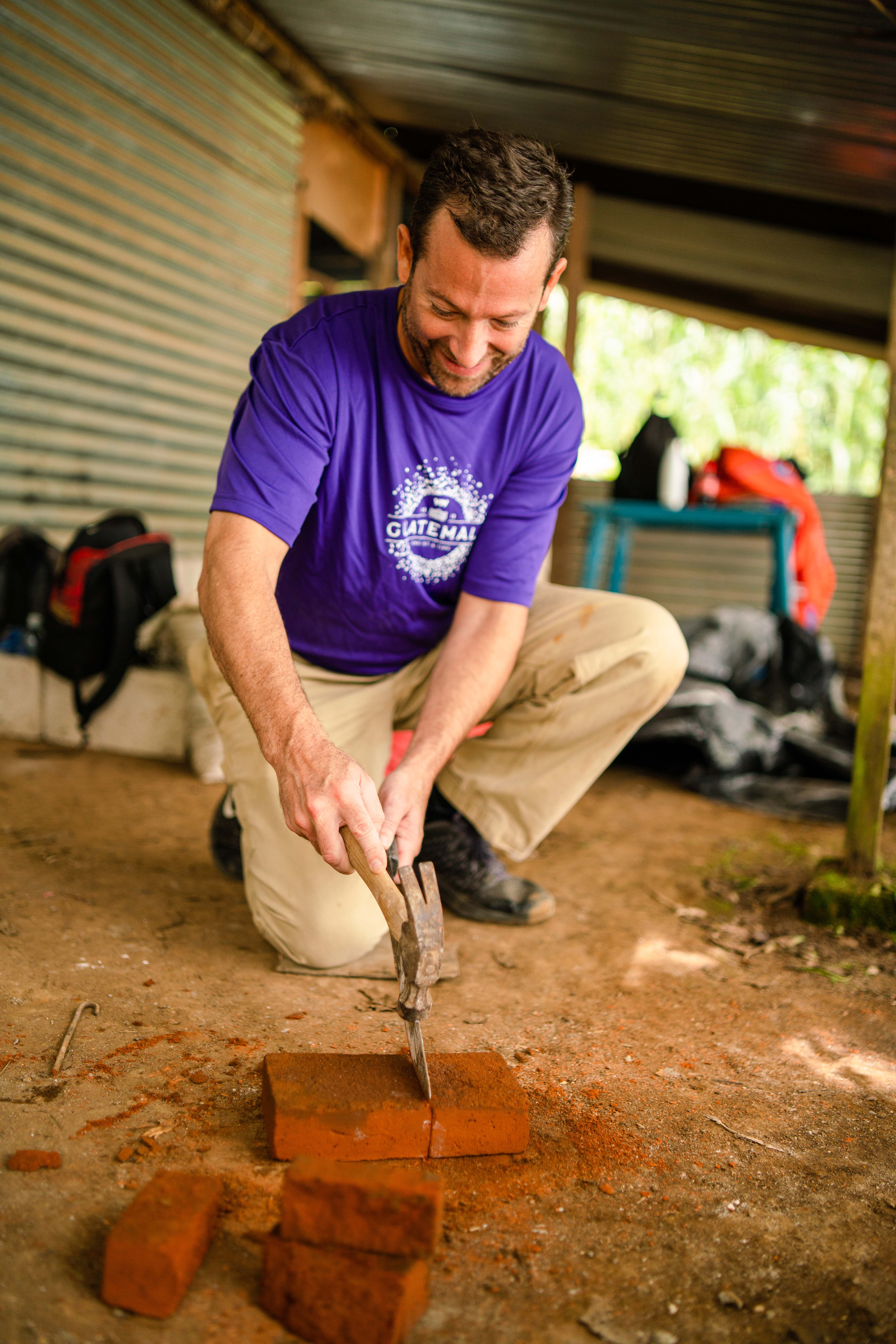 Guatemala was such an amazing adventure. It literally lit a fire within me to want more of this life. To be able to make money doing what I love to do and while also helping other people that need our help is a dream scenario for me and my purpose in life. 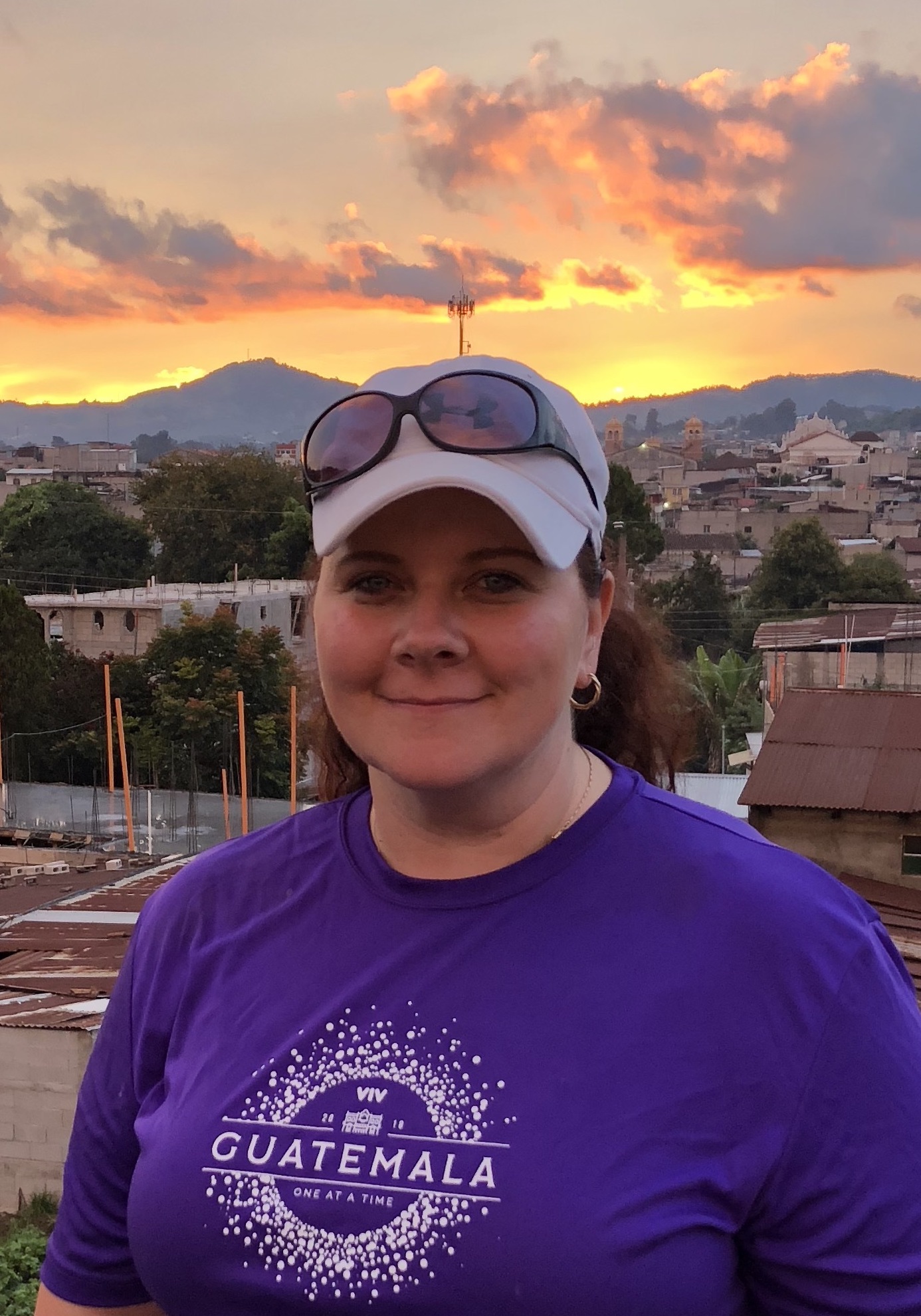 Words of the heart are difficult to put on paper but there is no greater feeling in the world than being of service to others. I doubt that our group we traveled with will ever be the same. The Guatemalan people will always remain deep in our souls as people filled with total joy and immense gratitude. We left that trip feeling the same - with total joy and immense gratitude.

Guatemala has changed the way I look at my day to day living. From the way I brush my teeth, to my work ethic, to the way I interact with strangers and my family. This trip has impacted me in so many ways, personally, professionally and spiritually. If you EVER have the ability to be able to make it on one of these “One at a Time” initiatives, my suggestion is to sacrifice whatever it takes to make it happen.

Viv also offers custom private group trips for companies, reunions, school or church groups. If you’re interested in a custom group experience please contact support@justviv.com. These journeys are an incredible way for a company to align their giving strategy with their business goals. Our experiences are designed to help engage, recruit and retain talent while building unparalleled team bonds and customer loyalty. These trips create competitive advantages and can bring a company’s values to life.

There are few things in life that can provide the transformation and discovery that travelers come away with on these trips. We encourage you to join us and make this investment in yourself, in the communities we serve and in your future.

Once you’ve registered and made your deposit, we will keep you well informed about your upcoming journey. You’ll receive a detailed itinerary, packing tips and will be invited to join an online orientation webinar as we get closer to the trip. 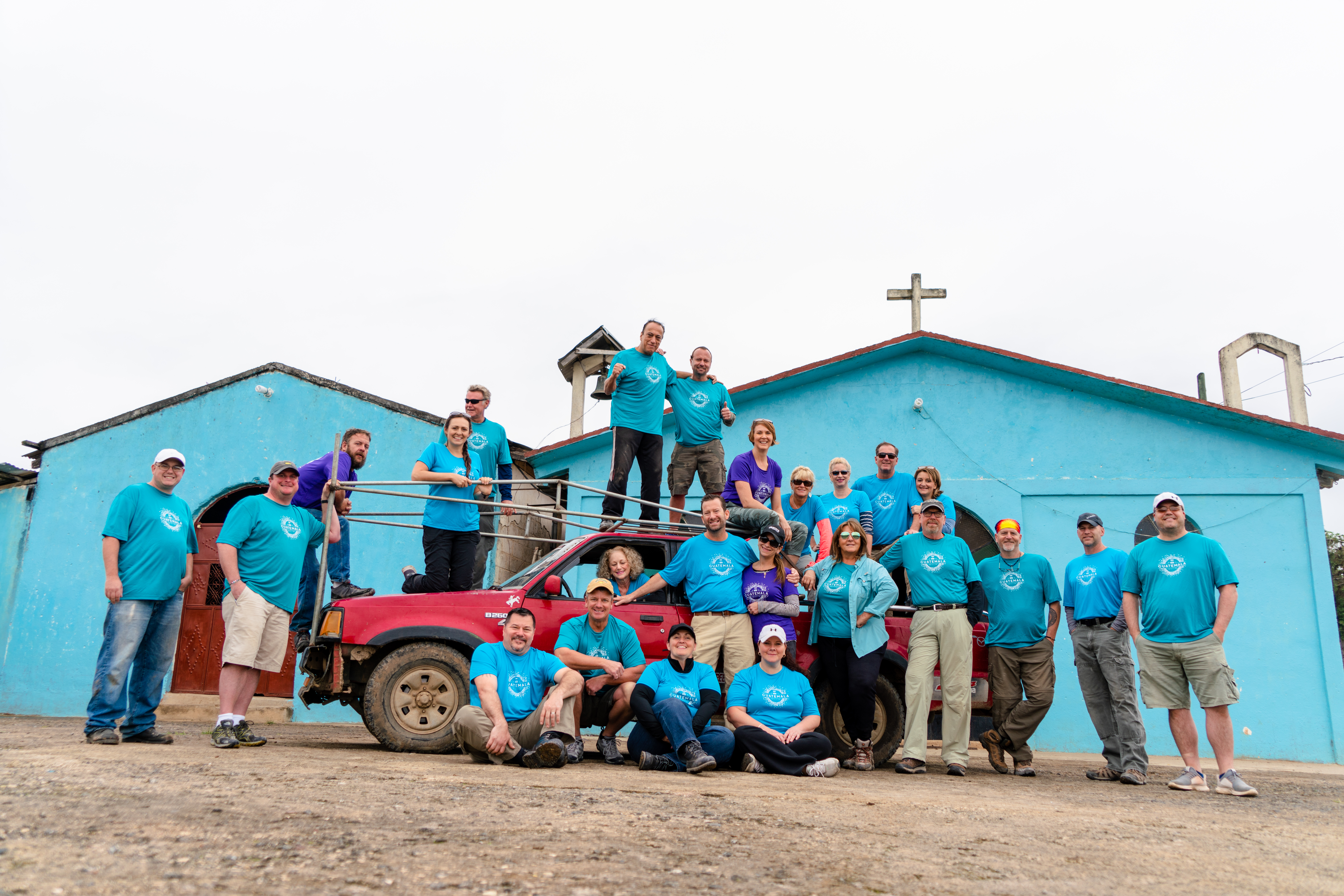 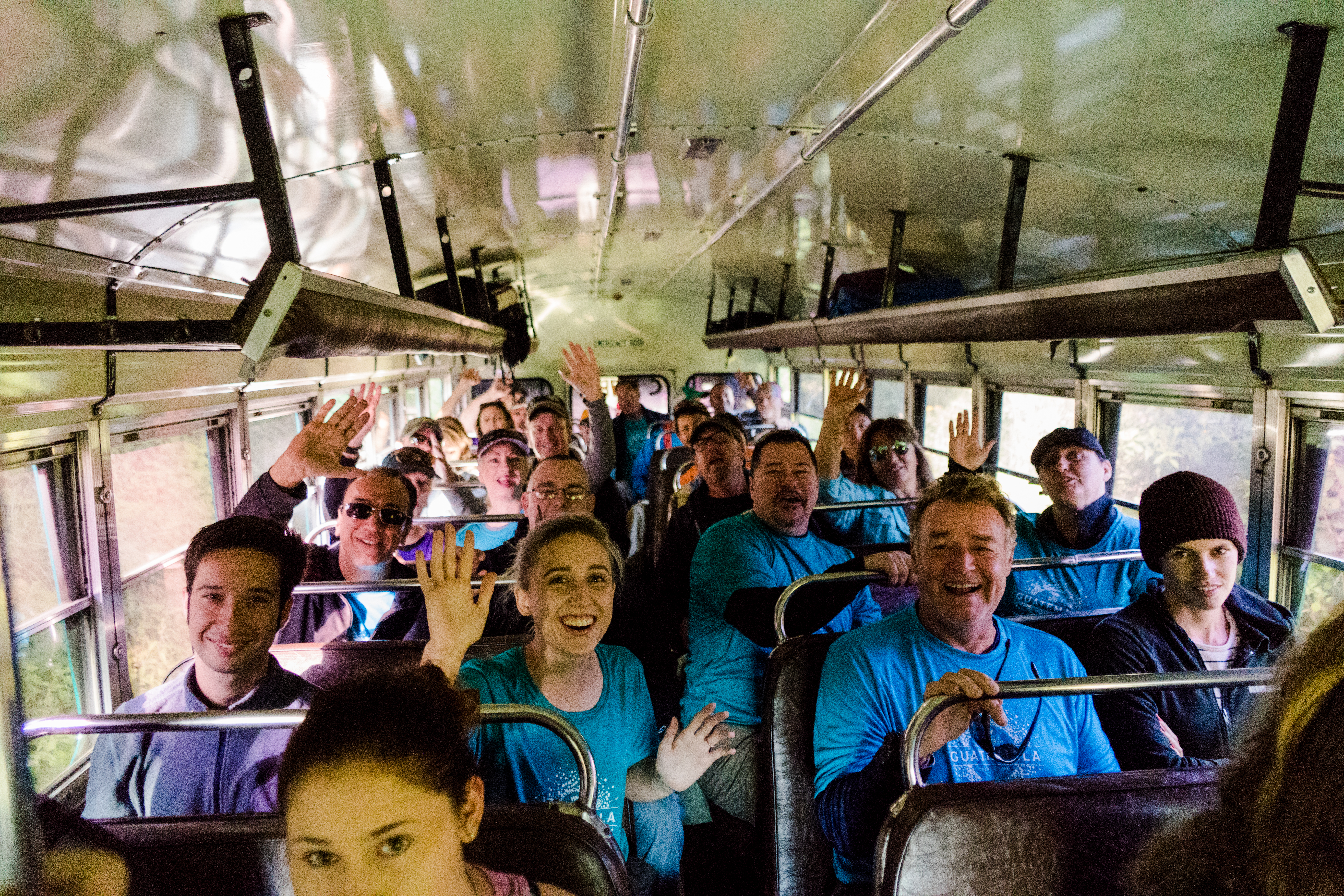 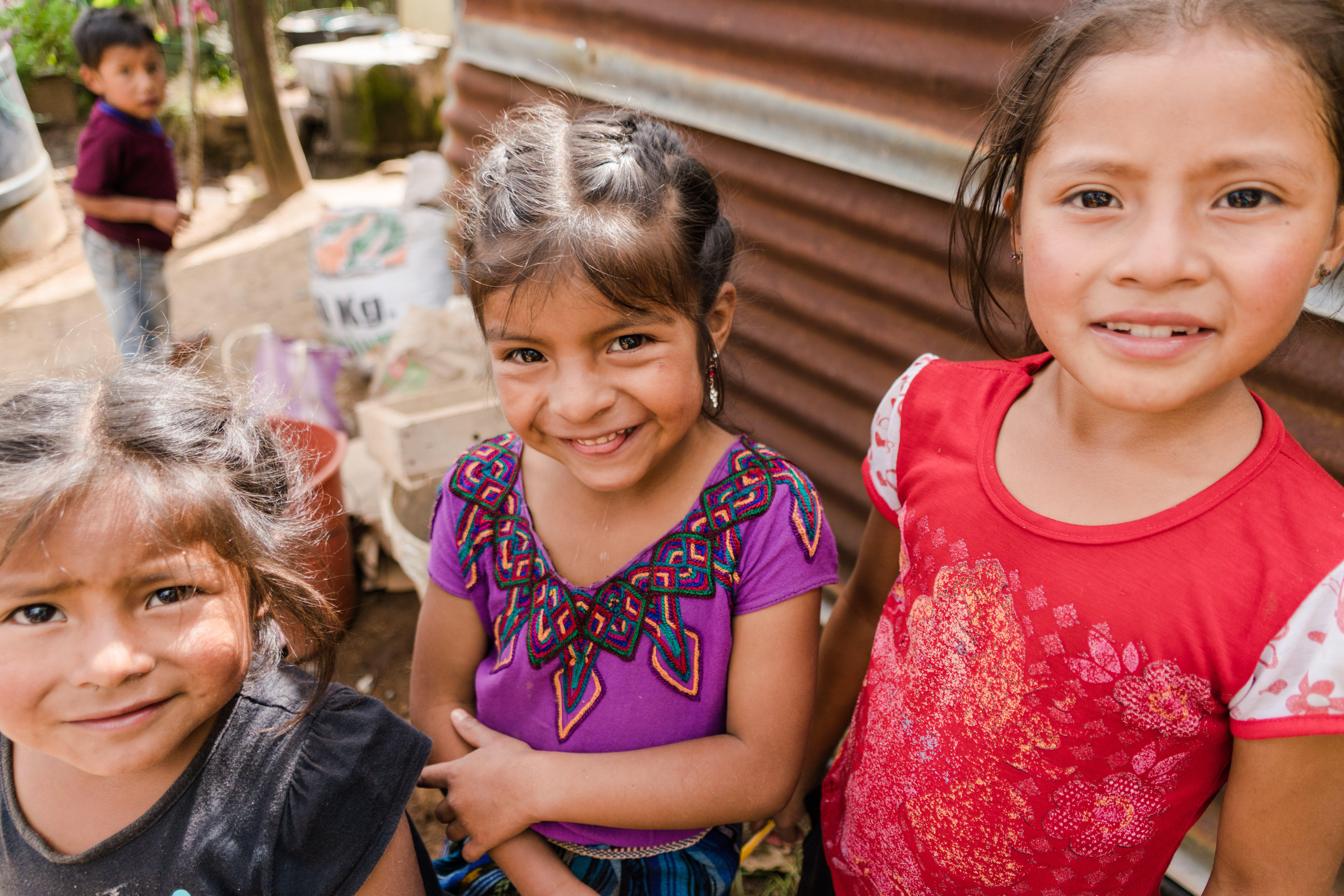 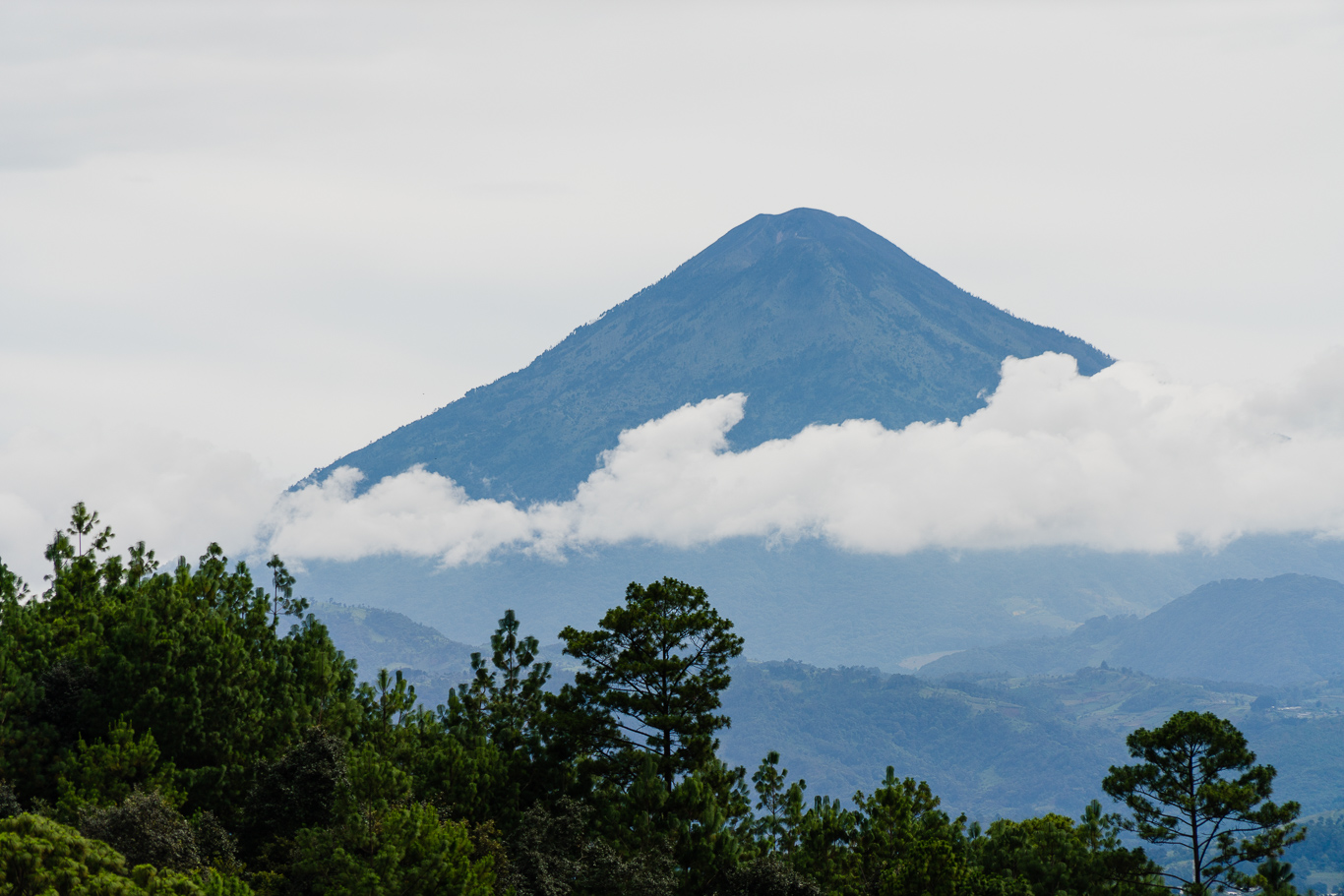 Complete this email form to learn more about our upcoming One AT A Time initiatives and social good programs.

IntelliPTAC was developed for PTAC HVAC systems as an extension of the IntelliHVAC technology.

IntelliPTAC retrofits to the controls of PTAC units and has two functions: The 1st is an intelligent variable post purge and the 2nd is the intelligent compressor cycling function.

The Intelligent Variable Post Purge monitors the PTAC system and adjusts the length of post purge timing based on the previous compressor cycle. This ensures that we capture all of the energy that has been created and get it into the building so that it hasn’t been wasted.The Intelligent Compressor Cycling Function turns the compressor off for 3 minutes every time it runs for 18 minutes continuously and runs the post purge fan for that same length of time instead. The reason this works is because after 18 minutes of continuous run-time, the cool is fully energized which is to say that the cup is full. It is holding all the energy is can hold but is continuing to run because the thermostat is telling it to and doesn’t know any better.All of this translates into energy savings of 10-15% or approximately $300 per PTAC unit per year. IntelliPTAC is simple to install, requires no maintenance, has a 3-year warranty and a 12-18 month ROI.

ASH-DC was developed to remedy a basic design flaw in glass cooler and freezer doors such as those in convenience stores, liquor stores and grocery stores. These doors have heaters on them that run 24 hours a day to ensure that the glass remains free of frost and condensation. The reality is that these heaters do not need to run constantly, and a lot of energy is being wasted.

ASH-DC retrofits to the door system (typically a group of four doors) and utilizes a digital moisture sensor to activate the anti-sweat heaters only when the threat of moisture is present.

ASH-DC also utilizes a Programmed Maintenance Cycle that activates the heaters on regular intervals — 15 minutes every three hours — to ensure that all parts of the cooler or freezer system remain frost free.

The maintenance cycle has been engineered with “random start” technology, so the heater will cycle at different times on different cases, even if there is a loss of power.

All of this translates into energy savings of 80%-85% or approximately $1,000 per door set per year. ASH-DC is simple to install, requires no maintenance, has a three-year warranty and a typical 12-month ROI.

EnerG² was developed to eliminate excess energy consumption in walk-in coolers and freezers. Thermometers in these walk-ins measure ambient air temperature, which fluctuates much more than the temperature of the actual food.

EnerG² contains a specialized gel compound that stimulates food product temperature instead of ambient air temperature. It retrofits to the existing thermostat air probe and provides a more accurate measurement, eliminating unnecessary compressor cycles and run time. This translates into average energy savings of 15%-25% and maintenance savings of 40%-60% or about $600 per walk-in per year. EnerG² is easy to install, requires no maintenance, has a lifetime warranty and an average ROI of 12 months.

IntelliHVAC was developed based on a utility study (PG&E) that found that HVAC systems lose approximately 30% of the energy they create. The reason is that the manufacturers’ post-purge setting often does not run long enough to capture and use all of the energy that was created by the unit during the run cycle. That latent energy then dissipates and is lost.

IntelliHVAC retrofits to the 24-volt terminal of package and split HVAC units and has two functions: an Intelligent Variable Post Purge and the Intelligent Compressor Cycling Function.

The Intelligent Variable Post Purge monitors the HVAC system and adjusts the length of the post-purge cycle based on the previous compressor cycle. It optimizes the time the fan runs, enabling the unit to capture all of the energy that was created so that it isn’t wasted.

The Intelligent Compressor Cycling Function turns the compressor off for 5 minutes of every 25-minute cycle, running the post-purge fan during that 5 minutes. The fan captures the latent energy and continues to circulate the air, reducing the energy use — and the cost. This works because, after 25 minutes, the system is fully energized, which is to say that the cup is full. It is holding all the energy it can hold but is continuing to run because it doesn’t know any better.

All of this translates into energy savings of 10%-30% or approximately $1,500 per HVAC unit per year. IntelliHVAC is simple to install, requires no maintenance, has a lifetime warranty and an average ROI of 12 months.